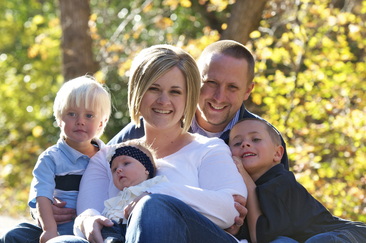 Becca Sivits has studied the piano extensively since she was nine years old. She was raised in a family where music was always abundant and a part of her everyday life. She studied piano at Ricks College, in Rexburg, ID (currently BYU-Idaho), where she received her associates degree, and went on to study at Utah State University, in Logan, UT, where she received her Bachelors of Music degree in Piano Pedagogy.

Becca has been actively teaching since 1999 and has a great love for her students and the joy that her studio brings her. After graduating from USU, she taught as a faculty member at the USU Youth Conservatory, teaching both private lessons and group theory classes. She then went on to teach music to grades kindergarten-3rd grade for one year, before opening her own studio. While living in Utah, she was a member of the Utah Music Teachers Association, in affiliation with the Music Teachers National Association, from 1999-2011 where most recently she was president of the Nebo chapter. She was also a member of the National Federation of Music Clubs where her students actively participated in piano festival each year, consistently receiving superior scores and winning the opportunity to participate in the honors recital each year. In the summer of 2011 she moved to Vancouver, Washington where she is now an active member of the Clark County Music Teachers Association, also affiliated with the state and national associations. She is also active as an accompanist and judge.

Becca and her husband, Brett, have three children.